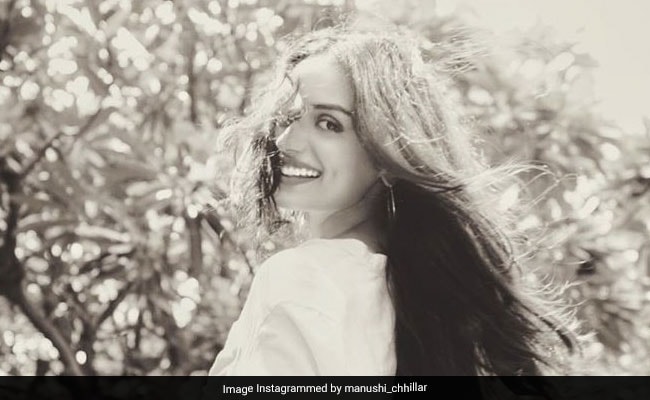 Manushi Chhillar’s latest post on Instagram sums up her love for vintage pictures and how. Manushi, on Thursday, picked a stunning picture of herself to post on social media with an interesting caption. In the sepia photo, Manushi, dressed in a shirt and jeans, looks mesmerising as she poses gracefully for the camera. She wrote in the caption: “And this is the part where I pretend this picture is from the archives of many decades ago. #vintagelove.” Her fans loved her latest post. They even dropped comments like “beautiful” and “stunning.” One user wrote: “How do you manage to look so gorgeous every time?”

Manushi Chhillar’s Instagram feed is filled with postcard-worthy photos. She also accompanied them with quirky captions. “Rare picture of me reading murder mysteries,” read the caption on one of her posts while sharing another picture of herself, she wrote: “Mid-afternoon muse.”

Manushi Chhillar is a “vintage soul” and this post of hers proves it.

Manushi Chhillar won the Miss World title in 2017. She was crowned Miss World in China’s Sanya city in November 2017.

Manushi will make her debut in Bollywood with Akshay Kumar’s Prithviraj. She will play the role of Sanyogita, Prithiviraj’s love interest, in the film.

Earlier, talking about her role, Manushi said in a statement: “It is a huge responsibility to play princess Sanyogita. She was a powerful personality and she stood up for what is right and took the most important decisions of her life by herself. Her life is an extremely important chapter in Indian history and I will try my best to play her as accurately as possible.”

Prithviraj has been directed by Dr. Chandraprakash Dwivedi.

The White Tiger trailer: Priyanka Chopra in a still from the film. (Image courtesy: YouTube)HighlightsPriyanka and Rajkummar play the role of a couple...
Read more
Movies

Keys to the city – mumbai guide

Big B Most-Trusted Celeb, Alia Most Attractive, Deepika Most Beautiful, Virat Most Fearless