wordpress-467062-1492607.cloudwaysapps.com
Home Movies Amitabh Bachchan Had Conversations About Food With This Contestant
Movies

Amitabh Bachchan Had Conversations About Food With This Contestant 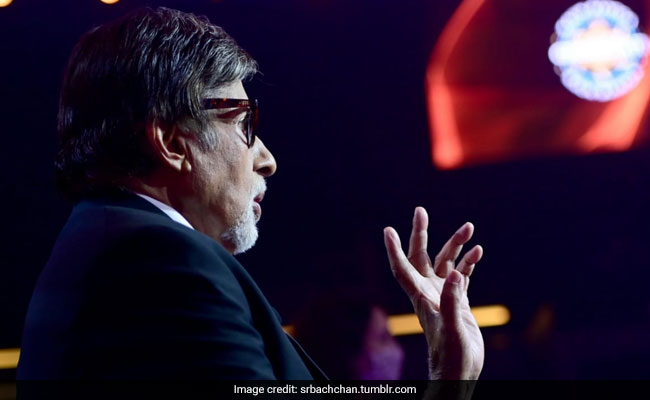 Kaun Banega Crorepati 12: Big B on the sets of the show. (courtesy srbachchan)

In tonight’s episode of Kaun Banega Crorepati 12, Amitabh Bachchan hosted two contestants. The episode began with Tuesday’s roll-over contestant, Asmita Madhav Gore, a student from Maharashtra. She decided to quit the game after winning Rs 12,50,000. Asmita was accompanied by visually-impaired father. During the game, she revealed that she will use the prize money to repay her home loan and pay for her father’s eye treatment. After Asmita decided to quit the game, Big B told her that she played really well and wished her and her family luck. Journalist Pankaj Pachauri was the expert for tonight’s episode and he dedicated a poem to all the contestants.

The second contestant to make it to the hotseat was Kapil Gurung from Siliguri, West Bengal. Kapil works as a computer teacher and was accompanied by his wife. As a part of one of the questions, a picture of the snack jhalmuri flashed on screen, Amitabh Bachchan revealed that while he was staying in Kolkata, he often ate jhalmuri because it was cheap, filling and also tastes great. Kapil Gurung gave a wrong answer to a question and he went home with Rs 10,000.

Some of the questions asked in tonight’s episode of Kaun Banega Crorepati 12 were:

Who is the tech entrepreneur and CEO of the electric tech company Tesla?

Which of these places is known as the Banana city of India?

Which city hosted the Filmfare Award ceremony in 2020, the first time the award function was held outside Mumbai?

The wife and son of which of these actors are both members of the current Lok Sabha?

Who established SNDT University, the first Women’s University in India?

Which planet does not spin on its axis like other planets but rather spins at a 90 degree angle from the plan of its orbit?

According to the ancient Hindu scriptures, which of these pairs is not one of bua-bhatija?

Shahid Kapoor in a still from the video. (courtesy Shahidkapoor)HighlightsShahid Kapoor shared a video on Instagram He can be seen batting...
Read more
Uncategorized

The Next Wave of Superheroes Has Arrived with Astonishing Speed

A coffee break in the United States and elsewhere is a short mid-morning rest period granted to employees in business and industry. An afternoon...
Read more
Uncategorized

A Breakthough for This Year: New Holiday Birds-Eye View Debuting in Sweeden