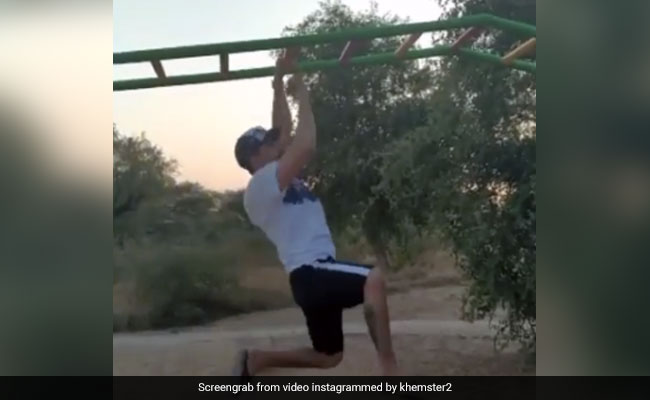 Kunal Kemmu in a still from the video. (courtesy khemster2)

It will be tough to pick between Kunal Kemmu’s hilarious post and the comment that Ibrahim Ali Khan wrote on it. On Tuesday, Kunal shared two videos on his Instagram profile. The first one features the actor crossing the monkey bar from one point to another with utmost ease. In the second video, Kunal Kemmu’s friend tried the same drill but he failed miserably. “Here is an example of expectation vs reality,” Kunal Kemmu captioned the post on Instagram. However, Ibrahim (whose aunty Soha Ali Khan is married to Kunal), stole the show with his ROFL comment. He wrote in the comments section “Bhaarat desh ka Tarzan.” He dropped a monkey emoji in a separate comment.

Here’s what Ibrahim Ali Khan wrote in the comments section: 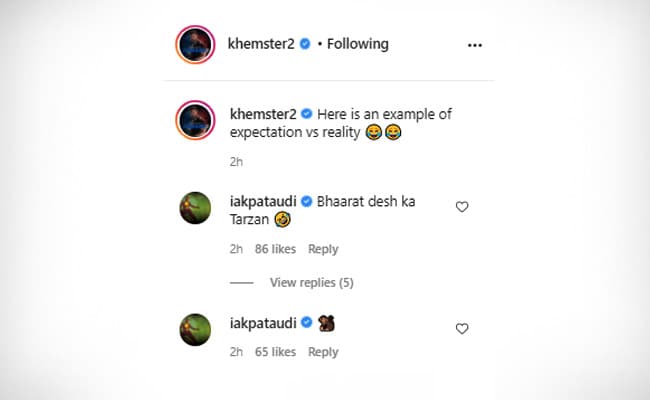 Kunal Kemmu married Soha Ali Khan in 2015 and the couple are parents to a daughter named Inaaya, who celebrated her 3rd birthday, last month. This year, Kunal Kemmu featured in Malang, co-starring Anil Kapoor, Disha Patani and Aditya Roy Kapur. He also starred in Lootcase, which released on Disney+Hotstar. He also featured in the web-series Abhay 2.

Ibrahim Ali Khan has some impeccable genes. His parents – Saif Ali Khan and Amrita Singh are Bollywood actors. His father is now married to actress Kareena Kapoor. His grandmother (Saif’s mother) Sharmila Tagore is a veteran actress. His late grandfather Mansoor Ali Khan Pataudi was a legendary cricketer. Ibrahim’s sister Sara, who made her Bollywood debut in 2018, has featured in several films.

IRFANhttps://allnewspro.com
Previous articleBrace Yourself. Deadly Ali Fazal Is Bent On Revenge
Next articleMira Rajput Is All About “2000’s Fashion” In This Throwback

To The Mirzapur 2 OG Ali Fazal, The Biggest Shout Out From Richa Chadha