How Ayushmann Khurrana Is Prepping For Abhishek Kapoor’s New Film. Pic Inside 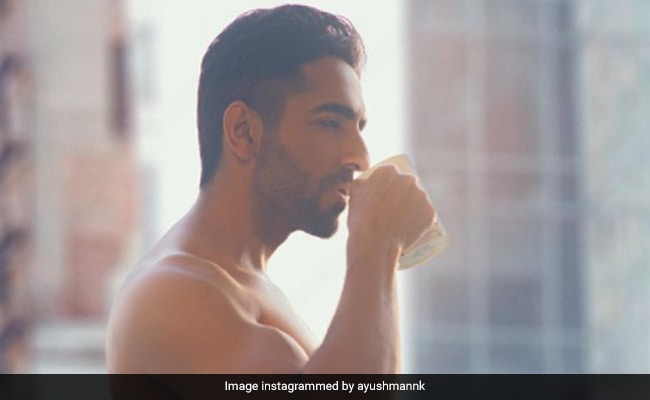 Ayushmann Khurrana, who had earlier said in an interview that he is undergoing an “excruciating” transformation for Abhishek Kapoor’s movie, shared a glimpse of his prep session on Instagram. Sharing a snippet from his intense work-out session, Ayushmann promised that he will be seen in a very “different” avatar in the film. “It’s going to be a different me in this different film. Movie prep going strong,” he captioned a photo, in which he can be seen lifting weights in the gym. Ayushmann’s cheer squad – his former co-stars Huma Qureshi and Bhumi Pednekar – reacted with a “Waah” and the fire icon on his post. Abhishek Kapoor’s wife Pragya Kapoor, who is also producing the movie, cheered for the actor’s efforts in the gym with the clap emoji.

Ayushmann plays the role of a cross-functional athlete in Abhishek Kapoor’s movie. So, here’s how Ayushmann Khurrana is gearing up for his new film:

Speaking to Bombay Times in an interview earlier, Ayushmann said that he will have to undergo major physical transformation for the role: “The process is going to be intense and excruciating, but I feel that the pain will be worth it.”

Vaani Kapoor co-stars with Ayushmann Khurrana in the yet-untitled movie. Vaani recently returned to Mumbai after wrapping Bell Bottom in the UK. Earlier, she had said in a statement: “Ayushmann is one of the most talented actors of our generation and I’m only thrilled about our first film together to be this beautiful love story.”

Ayushmann Khurrana was already in Chandigarh, where the film is expected to begin shooting. Abhishek Kapoor and Pragya Kapoor flew to Chandigarh last week.

If you are an avid philatelist whose knowledge of the world through their stamp collection can give opponents a...
Read more
Movies

Nick Jonas Asked Priyanka Chopra For A Signed Copy Of Unfinished. Her Response

Suhana Khan shared this photo. (Image courtesy: suhanakhan2)HighlightsSuhana Khan posted a photo of herself on Tuesday She can be seen wearing a black...
Read more